Innolith AG is the world leader in rechargeable Inorganic Battery Technology. The company is based in Basel, Switzerland and it claims 1000 Wh/kg battery breakthrough with unprecedented levels of safety, durability, power and now energy.

“The EV revolution is currently stymied by the limitations of available batteries.” explains Sergey Buchin, CEO of Innolith AG.  “Consumers want an adequate range on a. single charge in an affordable EV, and confidence that it is not going to catch fire.  The Innolith Energy Battery is the breakthrough technology that potentially can meet all these needs.”

Yesterday this company announced it is developing the world’s first 1000 Wh/kg rechargeable battery. The new battery would be capable of powering an Electric Vehicle for over 1000. km on a single charge. “It’s a big jump”, Innolith Chairman Alan Greenshileds said in the interview with The Verge. And indeed, the jump is big. To understand it better, we can compare it to batteries used by Tesla in its Model 3. The so-called 2170 cells are estimated 250 Wh/kg, which company plans to push to 330 Wh/kg in the future. On the other hand, Innolith clams to have made the world’s first 1000 Wh/kg rechargeable battery.

How will they do it and what are the benefits of Energy Battery?

The company has replaced the organic, highly flammable solvent. used in lithium-ion batteries with an inorganic substance that is more stable and less flammable.

“We take the organic materials out and replace them with inorganic or basically a salt-like materials, and that does two things for you. One is it gets rid of your fire risk, so, of course, there’s nothing to burn. And the second part is you’ve also got rid of the most reactive components in the system.,which makes it easier to build a battery where you can pack in a lot of energy without the thing becoming unstable.”

“The absence of organic materials, a key aspect of Innolith’s battery technology,. removes the critical source of safety risk and chemical instability of high energy batteries. It all fell into place in 2018 from an R&D perspective, with several extraordinary breakthroughs.” explained Greenshields.

The other benefits of Innolith Energy Battery would be cost reduction due to. “avoidance of exotic and expensive materials combination with the very high energy density of the system.”

Innolith will begin pilot production in Germany, which will be followed by licensing partnerships. with major batter and automotive companies. Greenshields supposes that the full production is 3 to 5 years away.

Innolith has a patent pending for the key inventions of the battery. and is also maintaining the cell chemistry mechanism a secret. 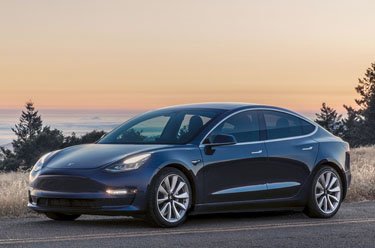