It’s been a bit over 3 years since Wiebe Wakker left his home in the Netherlands. His road trip in an electric car lasted for 1 119 days, through which Wakker has relied on the kindness of strangers.

“World’s longest electric car trip” started on March 15th, 2016 in a modified VW Gold, as a part of the Plug Me In initiative. The aim of this initiative is to “inspire, educate and accelerate the transition to a zero-carbon future”

“I use a converted VW Golf from 2009. It’s one of the first-generation electric vehicles. It was originally the car from a Dutch utilities company. They wanted EV’s to research V2G-technology but there were no cars available, so they converted 50 of these cars to fully electric. Later it got into the hand of Marcel from Bundles and he lent me this car for this project. I would recommend this car. It Is reliable, the range is good (200km) and there is enough space to fit all the luggage. “

Where did the road lead him?

The journey of Wiebe Wakker took him across 33 countries and where he relied on a combination of volunteers as well as sponsors. Plug Me In is therefore, based on the collaboration between people. People can offer either a place to sleep, a meal or place to charge the car. Depending on this people, route od the trip is decided.

“It happens that I don’t eat for a few days or knock on someone’s door to ask him if it is ok to charge the car. Sometimes I do need money to pay for visas or shipment of the car. I stayed for 2 months in Dubai to gather that money and later a few months in Malaysia to afford the shipping to Australia.”

How much did he travel and what was the cost?

What helped him on the road?

Wakker’s had a “range anxiety” on the beginning of his trip, but it soon stopped as he got used to electric car and kindness of people.

“In the beginning I planned everything carefully because I had this thing called range anxiety. But one time it was not possible to organize stuff and I just drove somewhere and find a place to charge.”

What helped him a lot during his trip was WallboxOK’s portable charger. Without it his trip would be much harder.

“It has been my primary charger and I use it almost every day I find it very convenient that I can easily switch between wall outlet or 3-phase charging.”

EV portable is a perfect companion for every EV drive, especially for the ones taking long trips as Wakker. Sometimes public chargers are simply too far from each other and kindness of people is not an option. But, with EV portable every EV driver is always secure. This very convenient charger has a power up to 22 kW and it’s small, what makes it very easy to transport. It also gives a possibility of using industrial CETAC or Schuko connector, as well as possibility of choosing speed of recharge through the display. It has a charging power up to 22 kW. The portable charger allows us to move miles. Whenever and wherever we want. More info about the project Plug Me In. 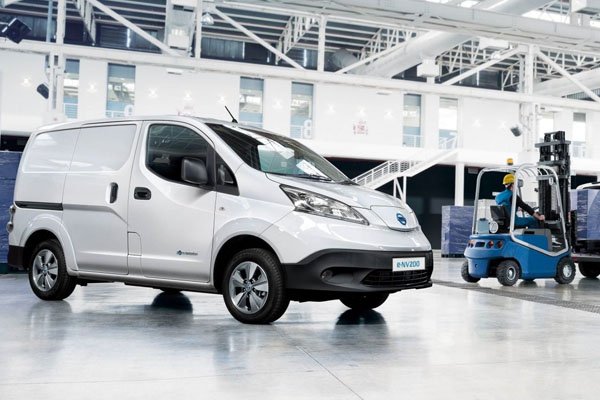 The increase in e-commerce drives the sale of electric vehicles